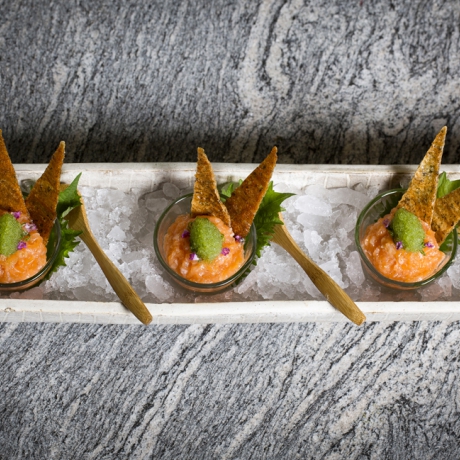 The name ROKA carries great meaning - ROKA is a meeting place where food and drinks are shared with friends (ro) and heat, warmth and an all-embracing energy surround (ka). the principle cuisine is from the robata grill, which originates from the fishermen of the northern coastal waters off japan, who would cook the fish on the boats with different charcoals and share the bounty with one another using their oars.

The robata grill itself is located amid diners and forms an integral design element of all the restaurants. not just a feature, the robata is more the beating heart of ROKA, the area from which all energy flows. an energy that offers warmth and enjoyment while guests admire the respect given to the food as each dish is prepared.